Baron Soulsby of Swaffham Prior (Lord Soulsby) was born on June 23rd 1926. He came from a farming family deeply embedded in the rural culture of the Eden valley located between the Pennines to the east and the Lake District to the west. Like many of his colleagues and friends in the veterinary profession, those rural roots provided the foundation for his calling to become a veterinary surgeon.

His younger brother Willan notes that “[Lawson] showed an early appetite for learning and a determination to succeed” when, encouraged by his family, he enrolled in the Queen Elizabeth Grammar School in Penrith. He made the seven mile journey by bicycle daily and in all weathers in addition to the morning and evening farm chores expected of him and his brothers. After graduating from the Grammar School, he was accepted by the University of Edinburgh’s Royal (Dick) School of Veterinary Studies from which he graduated as a Member of the Royal College of Veterinary Surgeons (MRCVS) in 1948.

After a short stint in private practice he began a long and fruitful career in academia with the award of a PhD from the University of Edinburgh in 1952 for his thesis “A Study of the Serological Response to Helminths in Domestic Animals.” Lectureships at the Universities of Bristol and Cambridge were followed by an invitation, in 1964, to become Professor of Parasitology and chairman of the department of Pathobiology at the University of Pennsylvania’s School of Veterinary Medicine. It was at Penn that Lawson Soulsby began to make his mark in the area that was then known as “One Medicine”, inspiring colleagues and students to view animal and human medicine as one continuous health-related tapestry. He actively and enthusiastically promoted collaborative research and education between Penn’s medical and veterinary schools.

In 1979, he was invited to return to the University of Cambridge as Professor of Animal Pathology followed by his appointment as Dean of the School of Veterinary Medicine. He retired from the University in 1993.

In 1990, Lawson was invited to become the first veterinary surgeon to be elevated to the peerage in the House of Lords as Baron Soulsby of Swaffham Prior. In this new position of influence in Parliament, he successfully parlayed his veterinary background and experience into making important contributions in the realm of public policy. He became a highly respected voice as a member of numerous expert and advisory committees, in particular the House of Lords Select Committee on Science and Technology. In 2002 he chaired the sub-committee on Fighting Infection which successfully predicted many of our current concerns about antimicrobial resistance.

During his lifetime, Lord Soulsby received numerous honours, prizes and awards including honorary fellowships of a wide array of medical and veterinary societies and honorary degrees from eight universities in Britain, Spain, the USA, Grenada and Sri Lanka. Uniquely, he is the only individual to have served as President of both the Royal College of Veterinary Surgeons (RCVS; 1984-85) and the Royal Society of Medicine (RSM; 1998-2000), the first non-medically qualified president of the latter.

In 1996, he was elected an Honorary Fellow of the RSM, one of a distinguished group of fellows which has a maximum of 100 members at any one time. Other notable RSM Honorary Fellows have included Charles Darwin, Louis Pasteur, Edward Jenner and Sigmund Freud.

In 2015 he was awarded the Queen’s Medal by the RCVS for his “outstanding lifetime contribution” to bridging the worlds of medical and veterinary science. This is the most prestigious honour of the RCVS and he was only its second recipient. At the award ceremony, Professor Stuart Reid, then President of the RCVS, said: “He has given an outstanding service to the profession, to veterinary science and to animal welfare and has enhanced the reputation of the profession immeasurably”.

Lord Soulsby’s courage and resilience were qualities greatly admired by all, including family, colleagues and friends especially when remembering his determination to “continue with life as usual” following a near-fatal illness that resulted in the loss of a leg by amputation. During that and other difficult times in his life, those of us who knew him well never saw him indulge in self-pity. Rather, we saw someone who was always determined to succeed by overcoming whatever limitations life’s circumstances had thrown in his way.

Lord Soulsby died in May 2017 at the age of 90. However, his lifetime contributions to “One Health” internationally have left an important legacy to both veterinary and human medicine and it is fitting that his colleagues, friends and family have joined together to honour him, and that legacy, in establishing the Soulsby Foundation. 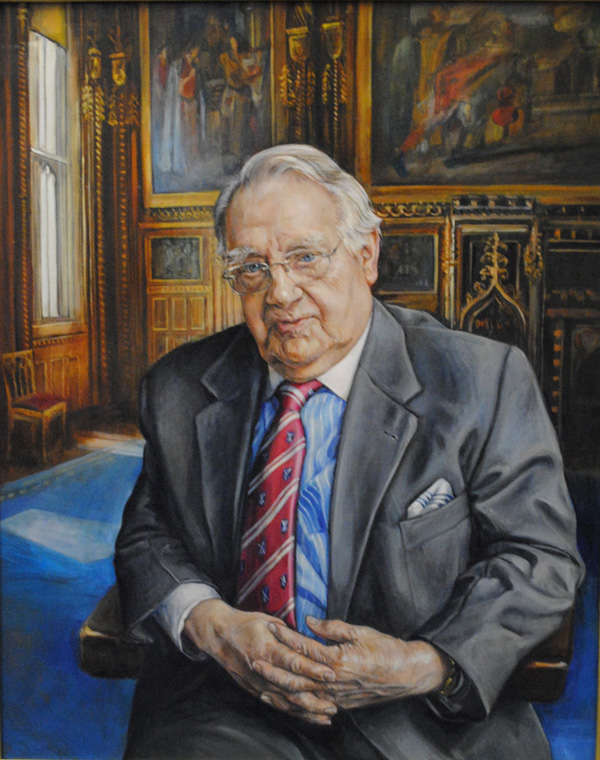